The Difference Between Light And Dark Roast Coffee Guide 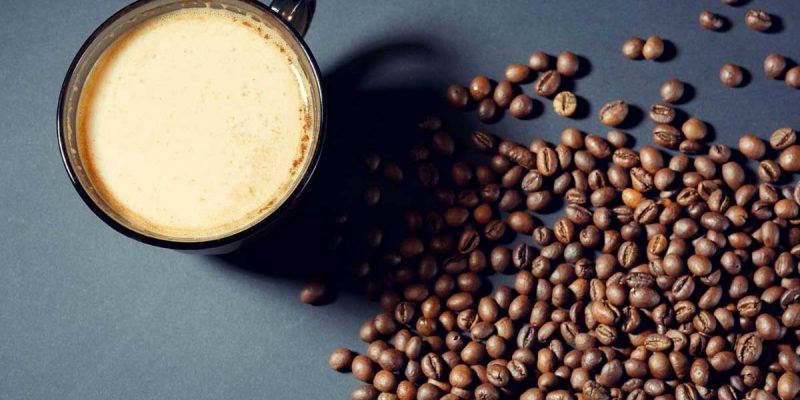 Have you ever wondered about the difference between light and dark roast coffee? Coffee aficionados have been sneering at those who prefer light roast coffee for a long time. They may prefer full-bodied dark roasted coffee as their poison and try to discard anyone who thinks otherwise.

However, times are changing, and people are now leaning towards lighter roasts, searching for more subtle and exotic flavors absent in the darker roasts.

Raw green coffee beans are soft and awful to taste. They reek of a grassy smell, which eventually goes away when you roast the beans. The roasting process is what makes the coffee beans aromatic, flavorful, and crunchy.

Depending on how much you roast your beans, your coffee can have a strong dark roast flavor or a light flavor with flowery and fruity notes. And unlike earlier days, people are now more open to experimenting with lighter notes, which many are now finding to be more to their liking than dark roasted coffee.

What’s in a Roast, Anyway?

Roasting is not merely darkening the coffee beans. When beans get roasted, their physical attributes are also changed. The more you roast, the more moisture escapes the beans, thereby hardening them.

Lightly roasted blends are heated until the sound of the first “crack.” With increased roasting, the origin flavors of the bean and the caffeine inside too become roasted. The beans eventually become more dense and heavier, after which a second crack is heard, following which the coffee is in danger of becoming burnt.

Dark roast coffee is subjected to high temperatures for extended periods in the roasting machine. This can lead to a loss of flavor and smell. Most complexities in the beans are lost when you keep them on high heat.

At the time of roasting, the coffee beans are kept at a temperature of 300 to 400 degrees Fahrenheit – the average being 350 degrees. After some time, a popping sound is heard. This usually happens at the first crack of the coffee bean. This is a good indication of when the light roast is achieved. 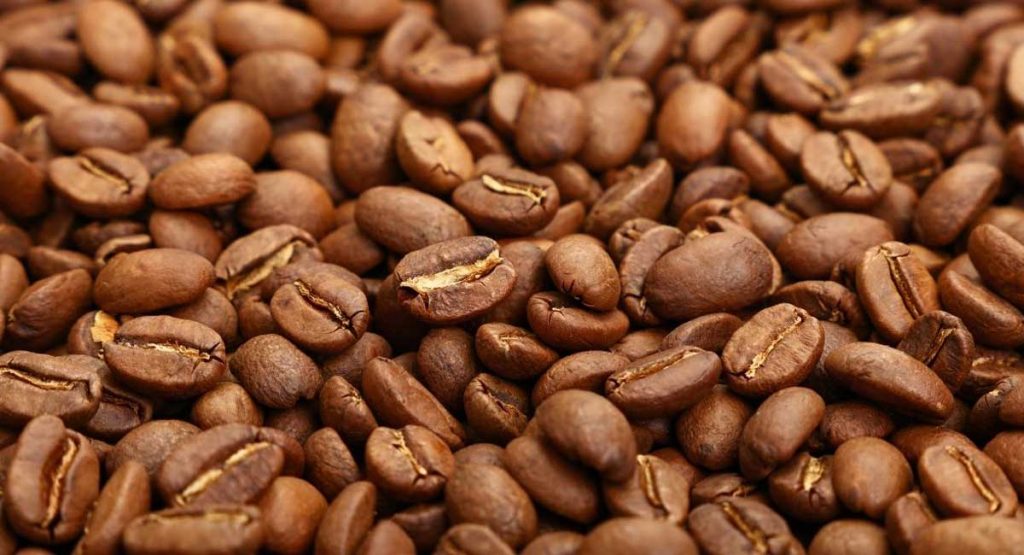 Light roasting does not bring out oil from the beans. Hence, there will be no oil on the surface of the light roast coffee beans.

Although it is generally believed that dark roasted coffee will have more caffeine, this is not entirely true. Research has shown that it’s light roast coffee that has more caffeine.

As coffee beans are roasted, caffeine is slowly released and evaporated due to the high temperature. Lightly roasted coffee faces the heat for less time, owing to which they do not release much caffeine. Given the high caffeine retention, they are almost similar to green beans (raw coffee) in terms of caffeine content.

Coffee blends made from light roast beans are unsurprisingly light, with a delicate body and mouthfeel. Light roasted coffee can be called by different blend names, such as cinnamon roast and New England roast.

Dark roasted coffee, when prepared, has a fuller body and a seasoned mouthfeel. The subtler flavors are entirely diminished, and the bold, smoky taste takes over. That’s why the original flavor is harder to identify in a dark roasted coffee. This way, any sub-standard coffee’s unwanted flavors can also be masked.

Dark roast beans are usually roasted at about 465 degrees Fahrenheit. The coffee beans are roasted until the end of the second crack. After the second crack, the coffee starts turning into charcoal, and unfortunately tastes the same. That’s why it’s important to monitor the heating and temperature.

If any roaster adds too much coffee in one go, the chances of burning will significantly rise. If you’re roasting your own beans, we advise you to start with small batches and maintain a moderate temperature over a reasonable span of time.

…And All the Others In Between

The two primary types of roasted coffees are light roast and dark roast, but two other types are worth mentioning as well.

Medium-dark roasts have a rich brown color and are roasted till just before the second crack. Oil will make a subdued appearance, and the flavor will be heavier than both light and medium roast.

The beans are roasted at an average of 225 to 230 degrees Celsius. Roasted aromas start to unveil, and the coffee tastes a little spicy on the palate. Medium-dark roast is also known as city roast, after dinner Roast, and Vienna roast.

The next time someone asks you the difference between light and dark roast coffee, you have our guide to help you out! The primary difference lies in the heating temperatures and the duration of the roasting process.

How Much Caffeine is in a Cup of Coffee

Why Is Coffee Bitter: Reasons & Solutions

Can You Freeze Coffee Grounds? Everything You Need to Know

How Long Can Creamer Sit Out?